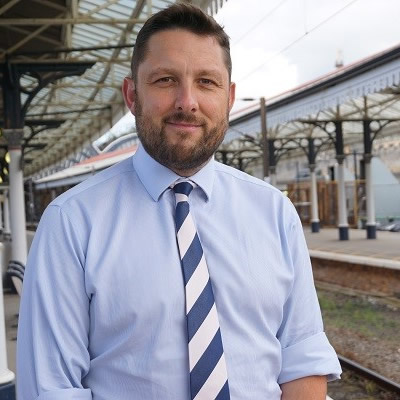 Matt graduated with a degree in a Management, Economics and History from Aberystwyth University.

He started his rail career by becoming a Maintenance Manager at Network Rail in 2005 and has 13 years of experience in the UK rail industry.

Matt has subsequently undertaken several high-profile roles at Network Rail, including a 2 year role as a Programme Manager for Network Rail Consulting in Dubai, and as Head of Strategic Planning for the London North Eastern and East Midlands Route.

In August 2019 he was appointed as Route Director for the North and East Route where he is accountable for rail operations across parts of Yorkshire, Lincolnshire and the North East of England.