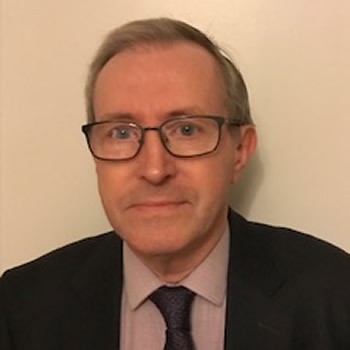 Dewi was brought up on a farm on the outskirts of the Lleyn Peninsula in North Wales. He was educated at Pwllheli Grammar School and Ysgol Glan Y Mor, Pwllheli Comprehensive School before following a degree at Cardiff University in Civil and Structural Engineering. This led to undertaking a one year full time post-graduate research at the same University resulting in a Master of Science degree in “The Analysis of Skew Box Girder Bridges” in 1980.

Dewi started his engineering career with Mid Glamorgan County Council and after a short period working with contractors and consultants, returned to work with Gwynedd Council in North Wales. A successful career resulted in Dewi becoming a Corporate Director with Isle of Anglesey County Council in 2000 with responsibility for Highways, Transport, Property. He moved to become Strategic Director for the Environment with Gwynedd Council in 2005 and took up the position of Transport Advisor with Welsh Government in 2009. He is now Deputy Director with responsibility for Transport Strategy and Policy.